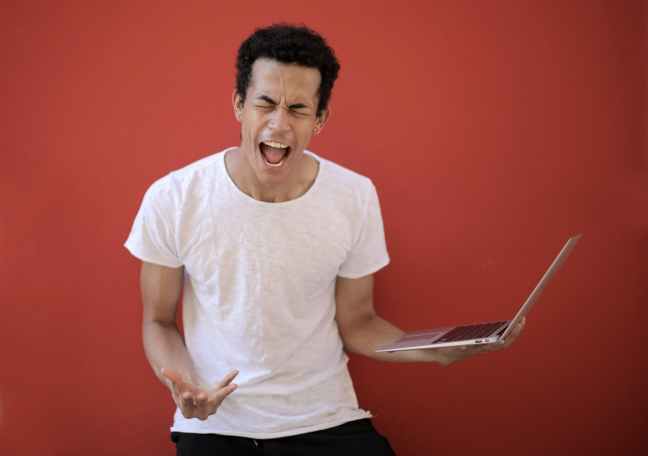 Investing your money is a great way to grow your nest egg, but it can be challenging for beginners. Investing is inherently risky. If you invest poorly or are unlucky, you could end up losing your money. However, if you are disciplined and invest for the long term, you are likely to generate a substantial return. Including dividend reinvestment, the S&P 500 index grew on average about 11% a year over the past 50 years. That means if you invested $10,000 in the S&P 500 in 1970, you’d have over $1.8 million today! Of course, with inflation, that $10,000 would be like investing $67,000 today, but that’s still a very good return for your money.

What returns do investors get on average?

Unfortunately, most investors do not see returns matching the S&P 500. According to the 2017 Quantitative Analysis of Investor Behavior by Dalbar, investors in equity funds saw a 30-year annualized return of only 3.98% compared to 10.16% for the S&P 500. This is a difference of more than 6%! That means that with a $10,000 initial investment, the average investor would end up with a little over $32,000 after 30 years. Meanwhile, an investor who purchased and held onto an S&P 500 index fund would have over $182,000. And the more money invested, the more stark the difference.

Why do investors typically underperform the market?

So why do investors tend to make lower returns than the market average? The answer is likely emotional investing. Rather than ride out the market’s ups and downs, many investors tend to buy in and out of the market based on their fears. They buy in when stocks are going up due to a fear of missing out on gains, and they sell when stocks go down due to a fear of losing their money. In this way, they end up buying high and selling low, the opposite of conventional wisdom. Others try to time the market, waiting until prices are low to buy and selling when prices increase, hoping to get out before the next market crash. These people tend to make money while they are in the market, but they may be out of the market for long stretches of time while they wait for it to drop again. This means they tend to miss out on long bull runs.

What happens if you invest at the worst possible times?

Timing the market is a perennial fear in investing. Everyone knows that investing at a low point can greatly increase your gains, but waiting too long to invest can be even worse. Fears about timing are often overblown. It’s more important to keep your money in the market for the long term. This point was illustrated really well in an article on Seeking Alpha, in which the writer calculated the returns for an investor with the worst possible market timing. This hypothetical investor (called Amy) saved $1,000 per month since 1970 and invested all of her money at the peak price preceding a bear market (there were six between 1970 and today). As of 12/31/2020, Amy had invested $603,000, and her investment had grown to $5.1 million (excluding dividends, taxes, and fees). Her internal rate of return (calculated via XIRR) was 7.4%. This is an amazing return for someone with the worst possible timing, and was only possible because she never took her money out of the market even when it went down significantly. For comparison, someone who invested $1000 every month in an S&P 500 index fund over the same time period would have ended up with about $8.8 million at an internal rate of return of 8.4%. Keep in mind that this ignores inflation, since saving $1,000 per month in 1970 would have been unreasonable for the average American (read more about that here), but the point is still sound.

But what about an emotional investor? What would happen to your money if you only bought into the stock market when it was going up and sold everything after a sharp, sudden drop? To find out, I used the same hypothetical situation as above (saving $1,000 per month since 1970) but modified to approximate emotional reactions to the market rather than poor market timing. I established the following rules for the investor, who we’ll call Sam:

Here’s how that played out:

As you can see, Sam did end up making money. After about 50 years, he had a 324% return, ending up with over $2.5 million. That’s not too bad, and Sam should be able to retire off it. However, it’s significantly less than he would have made just investing $1,000 every month regardless of market conditions, and it’s only half of what Amy made investing at the worst possible times and holding. You’ll notice that Sam had made over $1.2 million already by 2000 but then lost over $400,000 just a year later due to impulsive buying and selling. Sam actually ended up with fewer shares of the S&P 500 index 5 out of the 10 times he bought into the market. When he bought into the market in 1998, he purchased 941 shares, but in May of 2020, he was only able to purchase 681, despite investing more of his savings. Had he held on to those 941 shares, even without ever putting more money into the stock market, he would have ended up with $3.5 million, a whole $1 million more than he actually ended up with. This shows just how bad emotional investing is and why it is important to stay in the market for the long term even if you are worried about a market crash (see How To Prepare For A Market Downturn).

Should you try to time the market?

So it’s clear that emotional investing can significantly reduce your returns, but what about trying to time the market? If you only buy low and sell high, will you end up making more than someone who blindly invests every month even if stock prices are overvalued? I took two approaches to answer this question, using the same general setup as before:

Here are the results for Allen using the first approach:

Because Allen always bought low and sold high, he ended up with a high internal rate of return of 10%. However, his final return was significantly lower than the previous investors we’ve looked at. He ended up with just $1.7 million, less even than Sam, the emotional investor. This is because Allen spent a large amount of time out of the market while he waited for the next big crash. For instance, after cashing out in 1991, he didn’t re-enter the market until 2001. During that time, the S&P 500 tripled, and he did not profit at all. Similarly, he was out of the market from 2013 to 2020, while the S&P 500 grew from $1682.50 to $2480.64. If Allen had bought into the market at the same points but held on to his shares instead of selling, he would have ended up with about $7.2 million, still less than if he had invested $1,000 every month but more than the other investors we’ve discussed.

As for Susan using the second approach (buying when down 10% from a peak, selling when up 20% from that peak), there are too many data points to list out, but here is the summary (if you’d like to see the details, feel free to leave me a comment):

Susan bought into the market much more frequently than the other investors, but she also cashed out more using a first in, first out approach. Her earnings each time were not even because sometimes she had a lot of money to invest (if she had previously sold the bulk of her shares) and other times, very little (just the savings since the last time she bought in). This means that she may have missed out on bigger gains with the bulk of her money from time to time if she only had a little money to invest during a particularly large drop. However, since she was in the market more than the other investor trying to time the market, Allen, she ended up making almost double (over $3.2 million total compared to $1.7 million) even though her internal rate of return was lower. If she had held her shares rather than selling, she would have ended up with approximately $7.1 million, about the same as Allen would have made if he held on to his shares.

While it is true that past performance is no guarantee of future results, we can still learn a lot from the past. Overall, it is clear that consistently investing $1,000 every month and holding on to your shares over the long term is the ideal investing approach. Relying on emotions to govern stock trades, especially when this results in an investor cashing out of the market, greatly limits potential gains. Trying to time the market does not improve overall profitability when investing for the long haul. If you’re having a hard time separating emotions from stock trading, you might be better off putting your money to work in safer investments. One that I like is Worthy Bonds, which provide 5% annual returns, better than the typical annualized 30-year return for a stock investor of about 4%.

Keep in mind that $1,000 was just an example. If saving $1,000 a month is out of reach, try saving $100. Over the same time period, someone investing $100 a month would have ended up with $880,000. The important thing is to invest consistently and to start as early as possible. I know it can be scary to invest when the market is high, but since it is very difficult to predict the market, it is better to consistently invest than to wait around for some future opportunity which may or may not come any time soon.

10 thoughts on “Why Emotions And Investing Don’t Mix”

The information provided is purely for educational purposes. The authors take no responsibility for personal financial decisions.